Life in a Reality Distortion System:

What happens?  The family falls apart and Susan gets blamed for the family’s issues.  Initially, Susan felt like an outsider because she clearly realized that her father is an alcoholic.  After she tells her mother she won’t be coming home for holidays until her father sobers up, she is also an outsider, but now she’s an outsider who the family can focus on as, “not getting it,” or “having no sympathy,” or as, ” being an entitled, condescending, elitist bitch!”  Whatever the accusations, the family turns on Susan because she established a boundary for herself and said she would no longer enable the family’s reality distortion system.

Note that Susan did not involve her father.  It would have been better if she had.  In not bringing her father into the conversation about her boundary, Susan has enabled him to remain insulated in the family bubble of denial. She has perhaps avoided a conflict with her dad.  Therefore, Susan is mostly out of the family  RDS, her family is trying to protect its RDS, and dad is oblivious and further enabled by all of his family, except Susan. (If Susan’s father is an angry, violent alcoholic who Susan fears, not addressing him is wise.  But in our example here, let’s say that dad is a quiet alcoholic who tends to drink himself to sleep.) By not telling dad her observation and boundary, she has divided her family; dad remains in the dark, protected by the family, and the rest of the family gather their angry forces to blame Susan and to protect their RDS.

In the first steps from RDS to RCS we have gone from denial to anger. The family is angry because Susan has made a statement that questions the validity of the family RDS. Remember, a RDS is a foundational piece of one’s entire life. Susan is angry because her family won’t listen to her.  After all, she has become educated on this topic.  She feels discounted.  Susan may also be scared.  No one has ever questioned or left the family RDS!  Susan feels lost.  Maybe her family will be so angry that they will stop communication with her. Susan is venturing into unknown territory.  However, Susan has built a foundation of support by attending Alanon and researching the family disease of alcoholism.

Now that everyone is angry with her, what will Susan do next?
Next post. 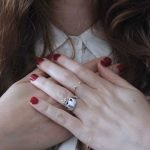 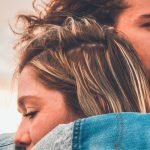 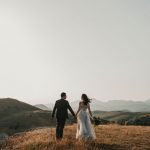 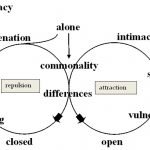